Recommended Specs for BFV Vehicles and Discussion on Vehicle Meta

will this be updated one last time please? im new and this helps but isnt up to date
for example BF109 G-6 has different specs now (Rockets are no baseline)

would really appreciate it. thank you

will this be updated one last time please? im new and this helps but isnt up to date
for example BF109 G-6 has different specs now (Rockets are no baseline)

As as far as I know nothing significant has changed*, and the current write-ups for both 109s are accurate - the G2’s accounting for no WFRs and the G6’s fawning over how great WFRs + everything else is. Maybe you opened up the pre 7.0 spoiler section?

*Thanks to @Oscar it’s come to my attention that the Field Repair spec now restores some HP without needing to take part damage. Whether this is for every vehicle I don’t know, but I have tested it on a few and it seems to consistently work in this manner now. Must have been changed in the Dec 2020 patch, and intentionally or not it’s a nice buff. I’ve made a few tweaks but I don’t see any worthwhile changes coming from this besides a semi-viable Blenheim Mk IF path of LMRR.

While I’m posting I’ll also respond to this as well.

Again, I said it works when there is no armor to oppose you. In general AP cannon is best. You seemed to miss that completely despite I said it first sentence.

Because you’ve missed this in my initial reply:

[…] a lot of what you’ve written misses the original intent of what I’ve written - a general guide for overall vehicle viability which is widely applicable to a variety of situations, whether that situation be opposing assets or various maps. Of course certain vehicles or vehicle loadouts are going to be better in certain situations compared to others, but it is not enjoyable to constantly respec your vehicles or force-respawn for a more situationally-applicable vehicle. That is what this guide attempts to avoid with its vehicle recommendations, and why I never really dive into map/gamemode-specific loadouts.

With the intent of this guide in mind, the default cannon is the logical choice.

I want to know the game you’re playing where you don’t lose mobility when a track gets disabled. Must be fun.

Flak panzer: Oh boy, misreading my post and focusing a tiny subpoint; a theme to go with rest of your post.

All these things said about how you have to be able to farm infy if you pick a Flakpanzer, and then also stating that a flieger can do its job…so why not take an actual tank then? Glad you were able to kill 10+ planes on Panzerstorm once though, I’m sure they were quality pilots then who would have done large amounts of damage to your team otherwise.

Churchill GC: nope, this one is spawnable. Used to be awful, now pretty good. I love to take it in Narvik breakthrough.

Spawning a CGC on Breakthrough Narvik offense? You’ve gotta be messing with me now.

The true kill range of 76mm is 2.2m , 75mm is 2.6m , our HE smoke shell is 2.78m . By picking anti tank gun option, you gimp yourself of 0.4m room for error when aiming, which matters greatly at distance due to shell drop. HE smoke however have lower drag like AP so it is more precise over range too.

So because I either can’t aim or because I am so far removed from the action that I need to account for drag, I should be begging for .4m of extra boom on top of al already generous 2.2m, and then provide smoke cover for the enemies I’m apparently going to miss anyways. No thanks. The specs recommend kill infy just fine while hitting armor harder.

Also inner blast go through wall. Sturmtiger with low innerblast actually hardly kill enemy behind wall, but Pz4’s stubby and HE smoke do it easily.

I believe there is much more that goes into explosive damage calculations through a wall than just innerblast radius. I will update this when I get a solid answer from someone more qualified than I.
EDIT: See below quotes from a dev -

Blast damage does an occlusion raycast to check if things are blocking the blast damage. The occlusion checks are settings that can be tuned on every blast (so in theory they could all be different) and can tuned to generally ignore everything or to make a thin fence post block the blast damage from a 1000lb bomb. Its kind like your setting “how far or if blast damage can reach around something”

TLDR: not innerblast that determines how effective an explosion is through a wall, not to say that a bigger lethal innerblast isn’t more helpful of course

You are welcome to duel me. You will find at 200m+ AP hits so much easier that high dps of HE gun dont matter.

Again, no thanks. If I wanted to duel a tank at 200m+ I’d respawn myself irl for trying to be so irrelevant. Tank engagements past 125-150m are almost always futile endeavors which only end in a kill when one of the two tankers is too dumb to take cover. Any tanker with a few neurons firing should just avoid the engagement, or if they took a surprise first hit, take cover and repair any damage off with no consequence, then go about their day.

Universal lethality versus armor. If you had looked to those posts you would have understood the quantification of that claim. Yes its inner blast sucks. But if you can’t hit an infy within 1m /~3.3ft or slightly more and then follow up with a coax round or two, FPS games might not be the genre to play. Despite the nerf the 75mm Type5 cannon is still powerful, although it did make other alternatives slightly more viable.

Besides the specific, I would love to debate with you on general use of tanks. That is a major cause of our disagreement rather than stats, as most of your statistical knowledge are on point.

With lackluster mobility or lackluster armor plus parts damage, tanks in BFV cannot be the center of attention. They should provide direct support to objectives without stepping on them. This means play in close-moderate proximity to the point, sitting slightly away to keep clear lines of sight, watching spawns, and clearing the point of enemy infy that pop up on it. Not on the point. Not 200m+ away. Say ~25m from the edge of the capzone, moving towards the edge of the capzone and maybe inside when needed, but backing away quickly to regain that spacing. Otherwise welcome back to the respawn screen.

As as far as I know nothing significant has changed*, and the current write-ups for both 109s are accurate - the G2’s accounting for no WFRs and the G6’s fawning over how great WFRs + everything else is. Maybe you opened up the pre 7.0 spoiler section?

i double checked and i dont have the 7.0 section opened 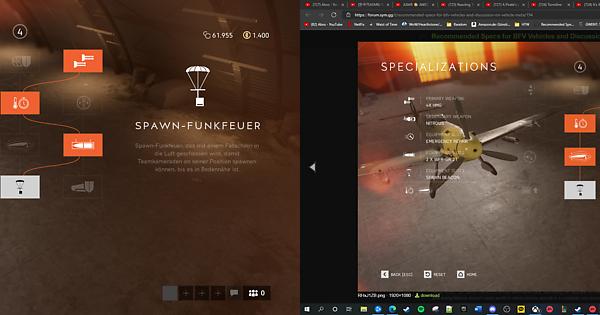 (left is ingame, right is from guide)

Sorry for being annoying

Not annoying at all - good catch! I don’t even remember the game prompting me to re-spec the vehicle after this change (as it has done in the past when spec tree adjustments are made by DICE), so good catch.

Guide updated, I agree with the specs you have selected there.

Well, you are certainly entitled to your opinion. I do not expect to convince you, so I will just write this for others reading this post.

This person has barely used Churchill GC, let alone after the buff. Take this person’s advice with a grain of salt. 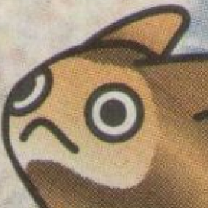 View SYM-Incarnate's Battlefield 5 BFV vehicle statistics and how they perform.

Lastly, there are points he did not address so I will say them again. My playstyle generally favors anti-infantry more. Not that I ignore armor. I find with proper aim on armor weakness, I am more frequently find myself needing to deal with squad of top tier clan infantry players than other tank aces. I will of course switch set up immediately in the off chance I am facing a equally skill tank player (like once in over 100 games or so).

Snake launcher is pretty terrible on flat ground, ignore them. Without practicing lobbing them with slope it will never be worth it. Once you get good with it it can be effective, though AP is better off in most cases.

Light tanks are in general the best general tank to pick. This is reflected in both our stats.

Howitzers are god awful vs infantry due to poor reload for only moderately more blast. With exception of stubby panzer 4 stay away from it.