The P16’s burst limiter required a few hacks to get working and I cannot really guarantee it is correct.

The P16 Storm experienced a very minor buff to its FSSM going down to 4x: -2 BTK for stupid lengths at long range and mostly -1 BTK at mid-range or shorter bursts at long range. Majority is pretty much no change. Reddit overhyped this "return of the memepistole" but at least it's happy with it.

Ribeyrolles are near clones of each other. Optical has a very slight advantage in the accuracy department thanks to Optical modifiers but it’s so close you may as well pick whichever you want.

Annihilator is yet another weapon that can beat the SMG 08 at close range. The Automatico only benefits from slightly better accuracy though its worse damage model makes this trade-off awkward.


Also want to show a comparison between BF1’s soldier that I use for these charts and an approximation of BF4’s since there seems to be a lot of discussion about how BF1’s head is smaller than BF4’s. 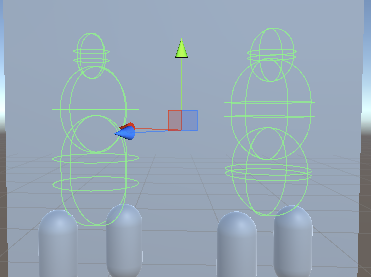 Overall BF1’s soldier is slimmer than BF4’s and the head is not the only thing that decreased in size. The chest did too. It’s not as if DICE singled out the head as something that needed to be shrunk.