Alright, so I’ve had this idea a while, but realized if I’m ever going to do it, I better hurry up before Close Quarters distorts the data heavily (both because of CQ weapon selection, AND because CQ = so much higher average kills/minute that I don’t want it to disrupt this data.

Methodology - What you’re looking at is total numbers of players who have carried guns past 600 kills. A shockingly high percentage of people stop using guns after they get the 500 kills dogtag, so I chose a 600 kill threshold to remove those players who only used the weapon to get the dogtag, and what remains are the guns that experienced and capable players are electing to use, presumably because they either feel the most effective with a given weapon, OR because they have some reason that a given weapon is their favorite. The more potent and experienced a player is, the more represented that player is here. If a player only played BF3 for 20 hours and doesn’t have any weapons beyond 600 kills, that player is not reflected in this data at all. With the data gathered, each graph is skewed so that the most popular weapon of each class becomes the “benchmark” and all the rest are relative to each other shown in percentages.

My second post in this thread will soon be meta-analysis of these numbers. (Kit vs Kit, and adoption rates, and such…) 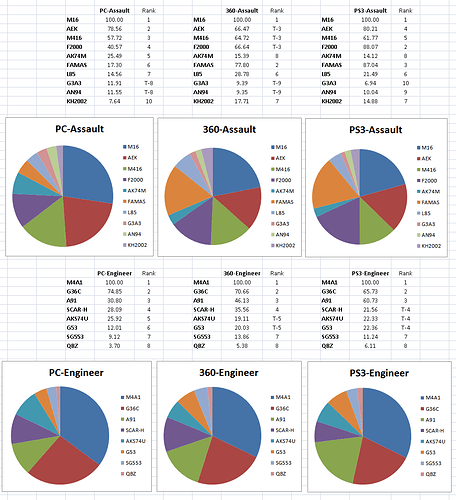 Takeaways from Assault and Engineer - 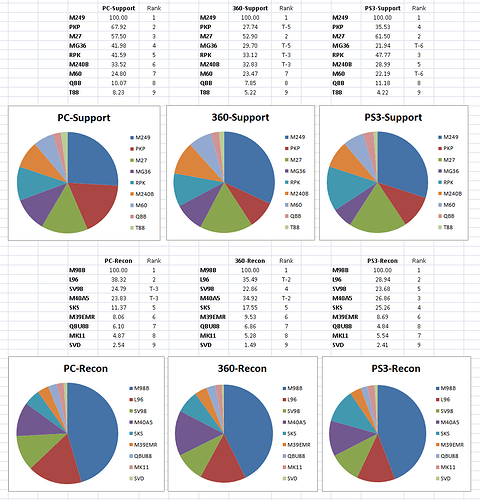 Takeaways from Support and Recon - 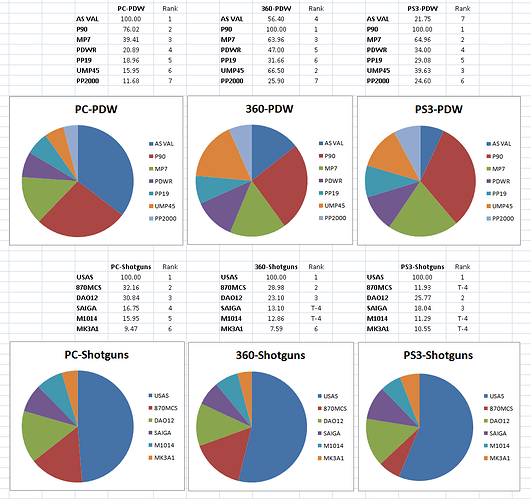 Takeaways from PDWs and Shotguns - 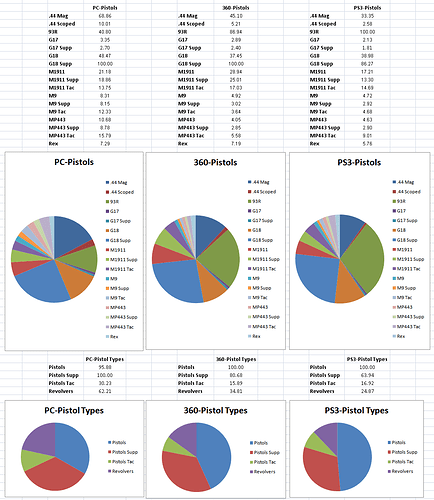 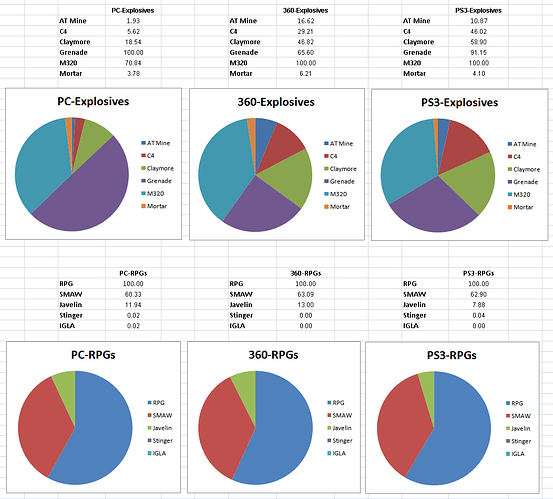 The first half of this post is meta-analysis of these numbers. The second half is 1600 Kill charts, which I put at the bottom to lessen confusion. Kit vs Kit, Adoption rates (as in, the percent that abandons a gun after getting to 100 kills), and a few other ideas which may or may not be interesting once graphed. If you have any ideas for me to run the numbers on, speak up! 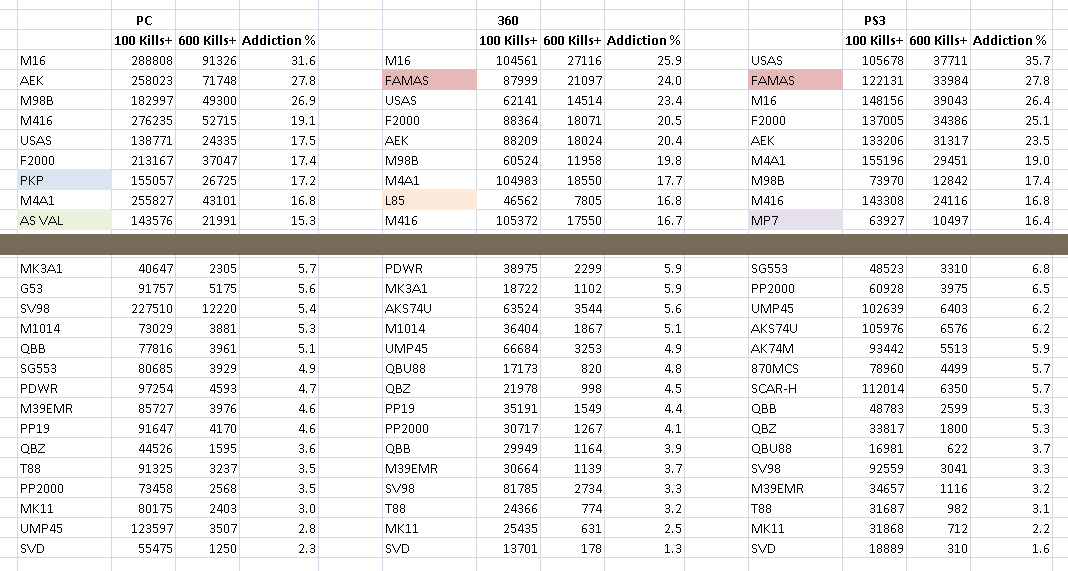 The most abandoned pistol was the G17

Alright, so in the chat, we were discussing how the graphs would change if we extended it just to the most passionate players for each gun, we considered various thresholds and chose 1600 kills. At first I was surprised that the charts didn’t seem to change that much, but then I realized that this is a shortcoming of the pie chart, and without another good idea for visualization, I went with a mathematical calculation for relative percent delta (change) I used the symbols % ÃÂ on the charts themselves.

So while the pie charts are different and show new information, I think it is more important to look at the relative change in popularity of each gun. Now this will spark many questions, “Why do only one or two guns go up in popularity” Well, that’s because when the most popular gun increases in popularity by 50%, it is essentially dwarfing the rest of the pie, and forcing the rest to decrease in popularity. This also brings up the question "Why are the top guns still listed as 100.00, but shows as increasing in %? That’s again because whenever you use a single figure to skew data against, it’s just what happens. Notice that those while they are still listed at 100.00, the others are comparably smaller, meaning the 100 represents a bigger piece of the pie.

In general, the rich get richer.
The KH2002 has a very passionate following on 360. 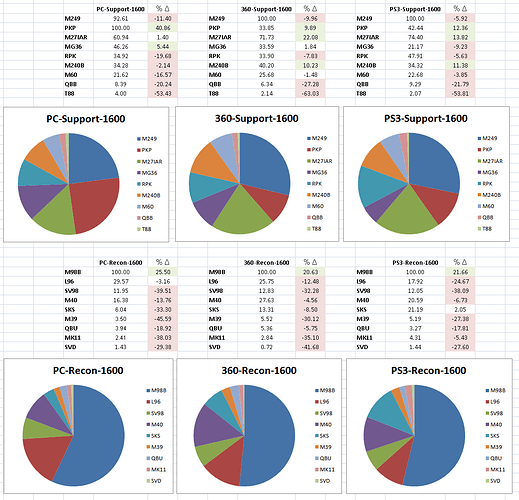 The M249 decreases in relative popularity. I think this makes sense.
The M98B is King of Kings