Alright, it’s been a year since my first version of these graphs, and the game is almost 20 months old now. Let’s see how things have changed.

First off, since last June, we have seen four new expansions which included 14 new weapons. I have 12 months of new data, compared with the original data from just the first 9 months or so.

Methodology: If you remember my first set of graphs, then the methodology for these is very similar, just with higher thresholds. Here’s what I wrote a year ago, for those of you new to this thread:

Methodology - What you’re looking at is total numbers of players who have carried guns past 600 kills. A shockingly high percentage of people stop using guns after they get the 500 kills dogtag, so I chose a 600 kill threshold to remove those players who only used the weapon to get the dogtag, and what remains are the guns that experienced and capable players are electing to use, presumably because they either feel the most effective with a given weapon, OR because they have some reason that a given weapon is their favorite. The more potent and experienced a player is, the more represented that player is here. If a player only played BF3 for 20 hours and doesn’t have any weapons beyond 600 kills, that player is not reflected in this data at all. With the data gathered, each graph is skewed so that the most popular weapon of each class becomes the “benchmark” and all the rest are relative to each other shown in percentages.

On with the show! Pardon the watermarks, previous work I’ve posted here has been widely shared on the Internet without citing this site as a source, and without asking permission. 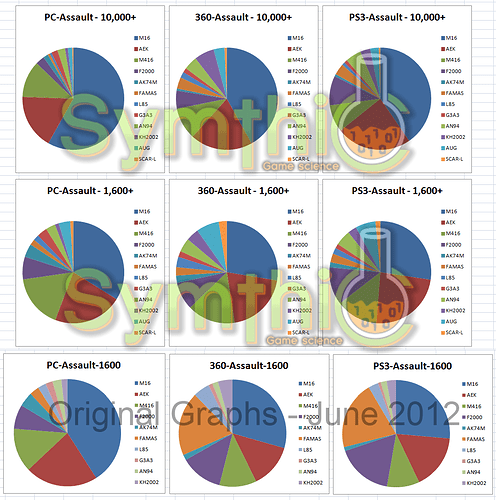 The gun order listed on all graphs is simply the gun order I used one year ago. I did not re-sort it based on changes, because I wanted the graph colors to stay the same, and not have one gun show up as two different colors, or a different part of the pie chart.

For Assault 1,600 kills only, I subtracted the “old” data from the “new” data as there were a few weapons that changed drastically in the amount they were used. The Famas on console is the biggest example. It went from being extremely popular in BF3’s early days to almost unused in the past year. The other Classes I did not subtract the old data because doing accomplished little (the usage ratios often remained the same anyways, and it only further exaggerated the new weapons prominence, and I didn’t want to incorrectly represent the new weapons.

Here are the numbers behind the 1600 Kill graphs, and precisely how they changed from a year ago 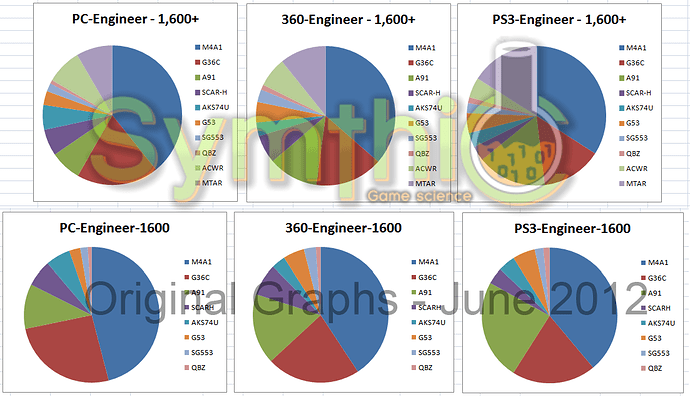 I did not graph 10,000 kill charts for engineer, just because Engineer saw so little change, except for the addition of the ACW and MTAR 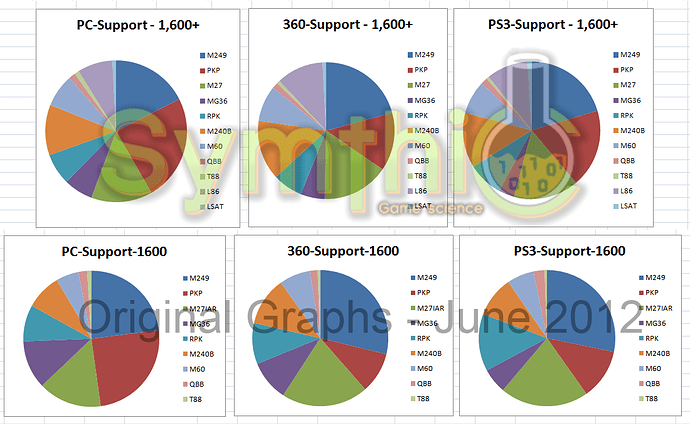 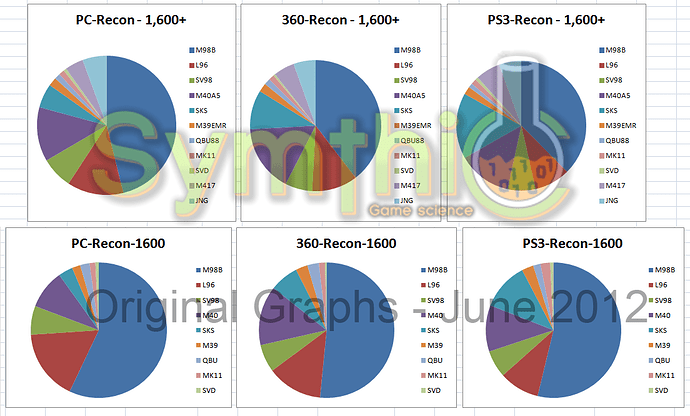 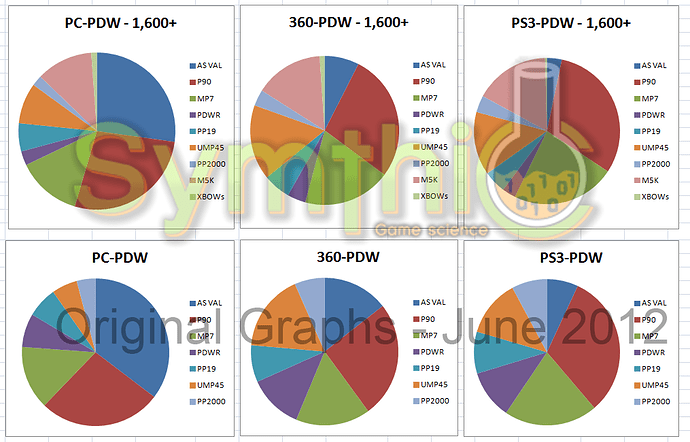 How did the new weapons fare compared to each other?