Thanks to Aenonar, mashed8 and ToTheSun! for helping me with a few values. 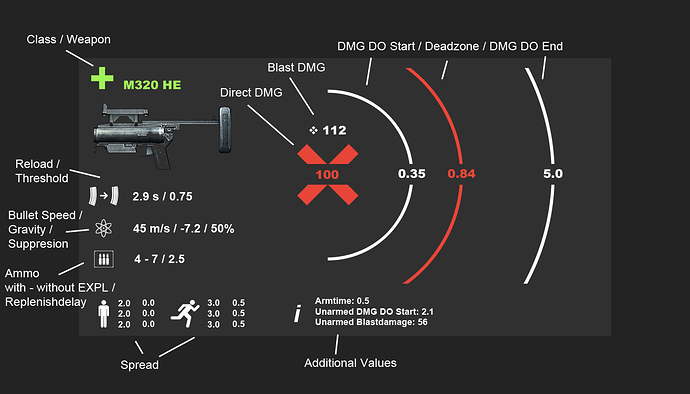 If values are missing or marked as X they donÂ´t exist. Like Suppression and Blast DMG for the M320 Smoke for example.

DMG DO Start (1st white line): Like AL_GR33N already explained is this the distance from impact where the damage drop off starts. This is similar to the damage drop off on the normal guns. As long as the impact of your M320 is closer than 0.35, it will deal a blast damage of 112.

DMG DO End (2nd white line): This is the radius where the LINEAR damage drop off ends and the blast damage reaches 0. Any enemy which is beyond 5.0 from the impact of the M320 will take no damage at all.

Those two values are actually written down in the gamefiles and define how blastdamage is dealt. If your enemy is between those tow lines, he will take damage somewhere from 112 to 0 depending on his distance to impact.

Deadzone (red line): This value is not defined anywhere. ItÂ´s a value I calculated myself and tells you the point the blast damage drops below 100 which will kill a soldier without FLAK on vanilla. I just chose this “setup” because itÂ´s what most people would encounter while playing (most people play vanilla and FLAK is not as common as for example AMMO).

Here is how to calculate it:

Then you need to check where the graph goes below 100 (vanilla) or 60 (HC) and add the value to your DMG DO start. The result will be the “Deadzone”. If you want to see the value with FLAK multiply the blast DMG with 0.85 before doing the above (FLAK: -15% to blast DMG).

Example: M320 HE vs soldier on HC with FLAK

I will have to do some more testing for accurate speed values on rockets and missiles. There seems to be a launch speed and a maxspeed which is achieved by the rocketengine which has a certain power and time to live. So the speed seems to differ from the direction you shoot it (up in the air or down from a hill for example).

As for the MORTAR…well it´s seems like the round “teleports” above the target and just falls straight down. This happens at a certain height after launch. Same as above but I might just try to add the maximum airtime at max range and the minimum airtime at minimum range. I will check what is possible… 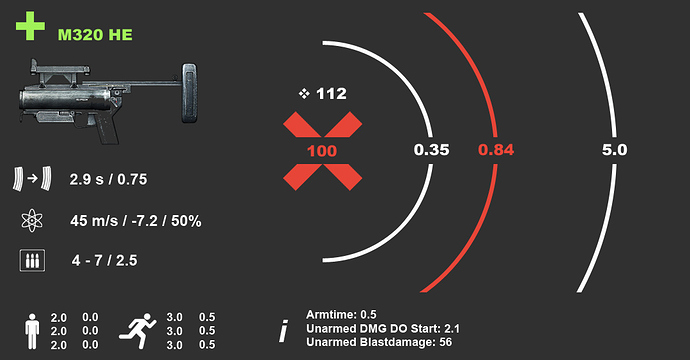 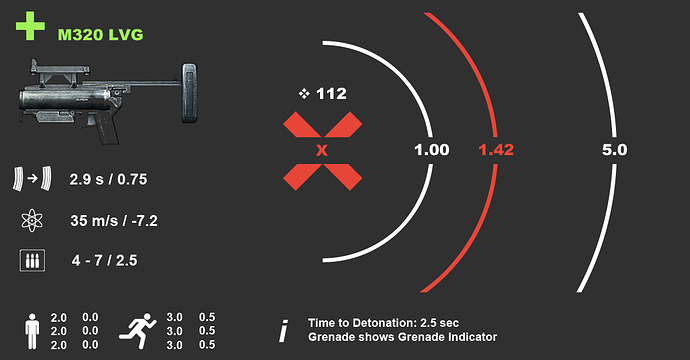 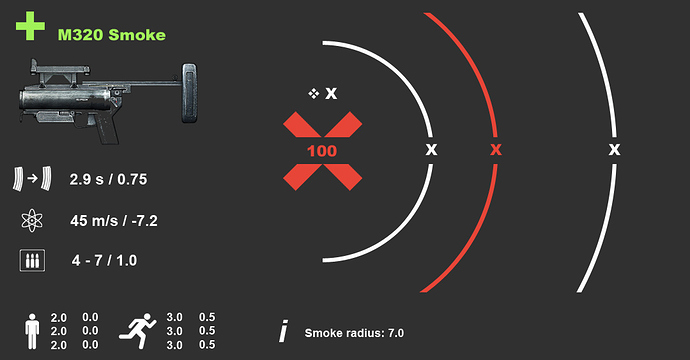 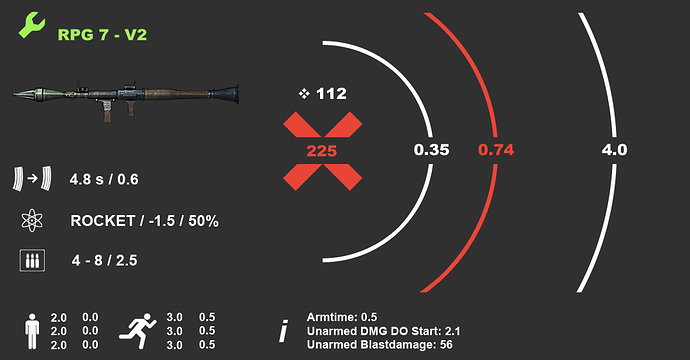 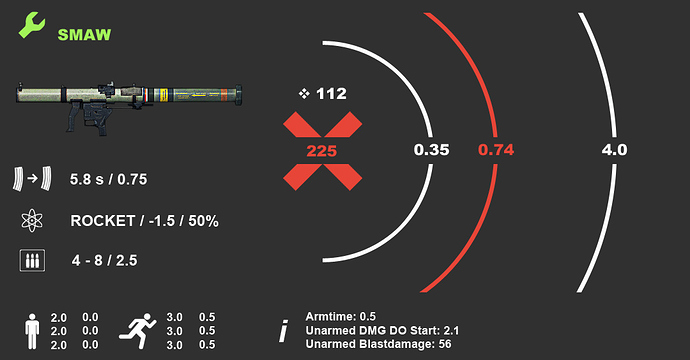 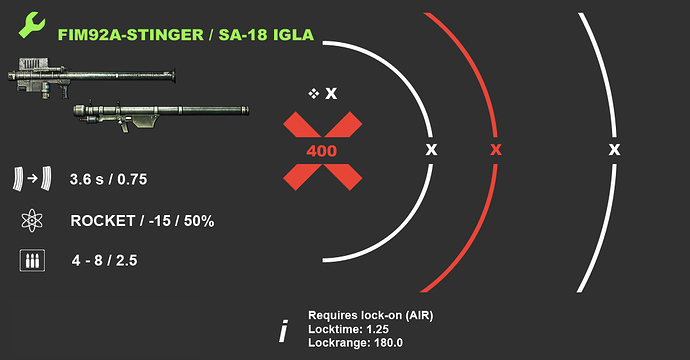 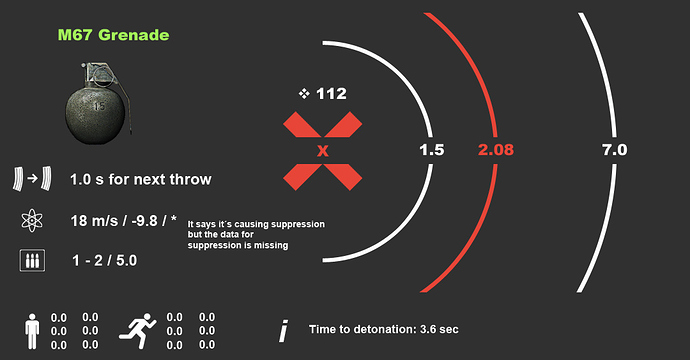 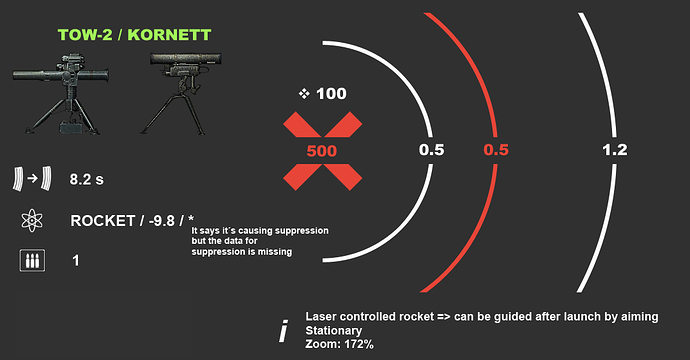 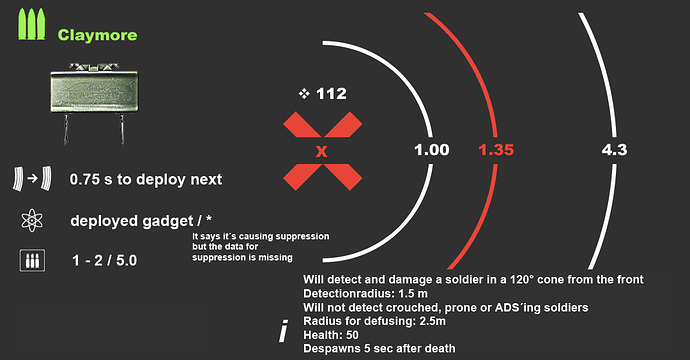 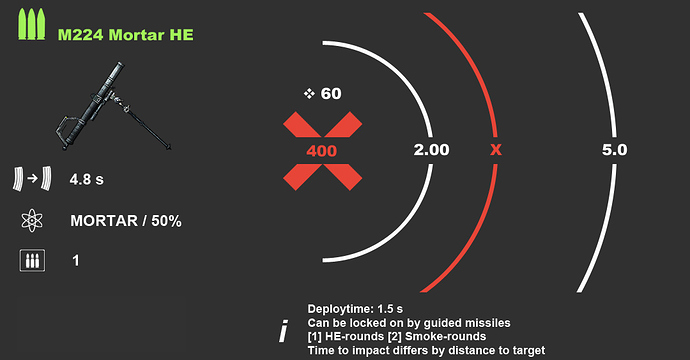 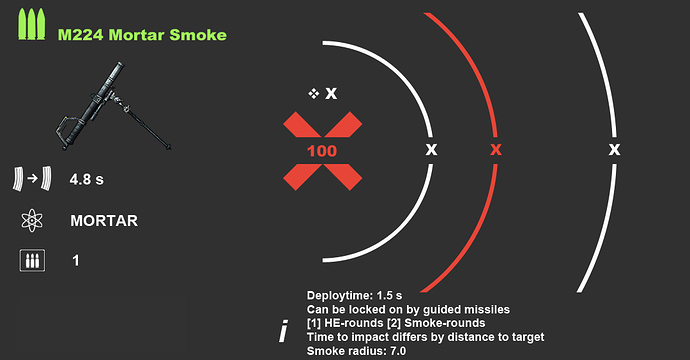 Keep in mind. Those are the “raw” stats without any multipliers. Especially vehicles have certain mulitpliers which make launchers and explosives more or less powerful against them.