I prefer to tell this as a story because the result surprises. I will call “Dispersion” to the pellets distribution and “Spread” to the variation in the effective aiming line to avoid confusion.

When I computed the results of the ADS MOVING - HIPFIRING STATIONARY scenarios (both are equal: adding an spread of 0.4 degrees to every shotguns) and HIPFIRING MOVING (adding a spread of 0.6 degrees) I to be compared with the previous ADS STATIONARY I found this: 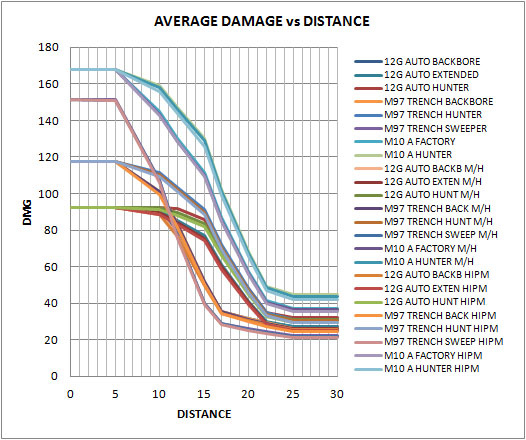 First step: The simulator is wrong --> Full review = everything was correct.

Second Step: Analysis of concrete results. Like this (M 10 A - Comparison ADS STAT and HIP MOV): 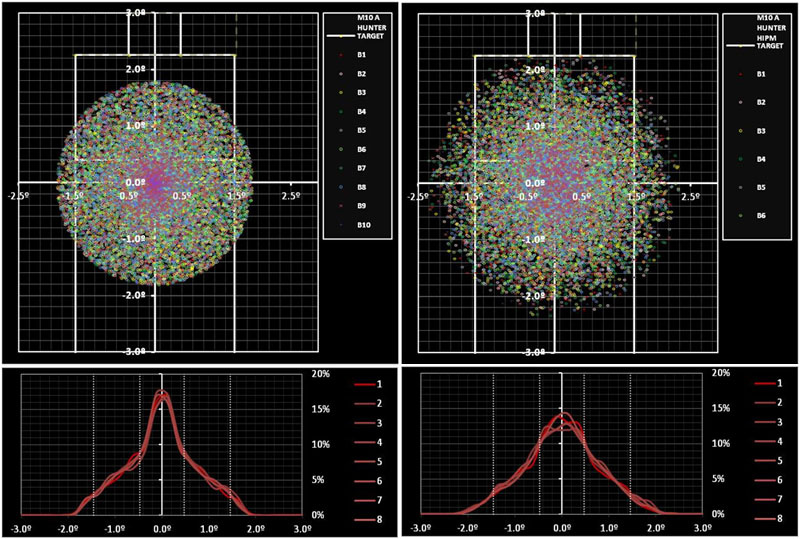 As the differences are in the sensitivity range of the simulator (approximately 1% for 2,000 shots) and the tails of distribution are also very sensitive to the number of simulations, I have generated a serie of 20,000 shots to further analyze changes in distributions: 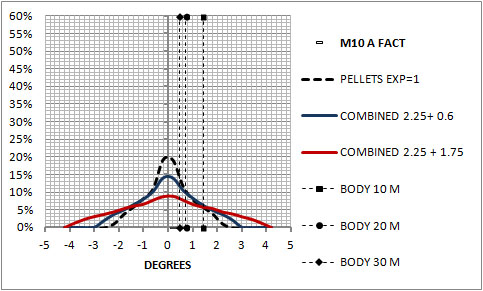 The result is that there are no significant differences between the three scenarios and the curves shown at first were correct. Not important changes.

An example of numerical results of the average damage value can be seen here with the relative difference with ADS STATIONARY (at 50 m, where peak values are affected the differences are already sensitive):

CONCLUSION: In BF1, shotguns HIPFIRING and MOVING have a very small penalty that does not significantly influence the results.
Feel free to run…but remember that you need a very accurate aim!

NOTE: During these tests two things have been found:

But those are other (and tougher) issues…